The Golden Rule for driving

Whether you've been driving for years or you are just starting lessons, you will know there are so many different things to remember whilst driving, dependant on the given situation. As you progress with your lessons, everything comes more naturally until eventually its second nature.

But wouldn't it be great if you only had to remember one thing which could improve your personal safety on the roads?

Well, today I'm giving you one Golden Rule to remember that should keep you safe 9 times out of 10 and examples of how it can help.

‘Assume that everyone driving the vehicles around you are a liability.’

Now I'm not trying to insight fear or paranoia with this, I simply mean you should raise your levels of awareness.

He's going to slam on the brakes!

So here's an example. You're driving along a typical road, conditions are good and the sun is out, happy days. There is some traffic but it's flowing steadily. You remember you have to go to Steve's party tonight and also that you need to pick up some snacks for later. Suddenly, the car in front hits the brakes, performing an emergency stop because a child darted into the road. Did you react and stop in time? Or were you trying to decide whether you wanted cheesy crisps or ready-salted?

Same situation, but this time let's assume that you know the driver in front has not long passed their test and that they've just bought the car they're driving. They're not used to the firm brakes yet and could stop suddenly. If you knew this information, what would you do? Maybe give them a little more space between your car and theirs but overall, you'd pay more attention to their driving and be prepared for them to do something silly. Then, should a child unexpectedly step out into the road and the car in front stops sharply, you're already one step ahead.

If we assume that all other drivers have potential to cause an accident, then we would likely take extra care and pay more attention to other motorists. After all, most likely the vehicle you are at the wheel of weighs over one tonne and has potential to be a deadly weapon. Surely we should all take that extra bit of care? 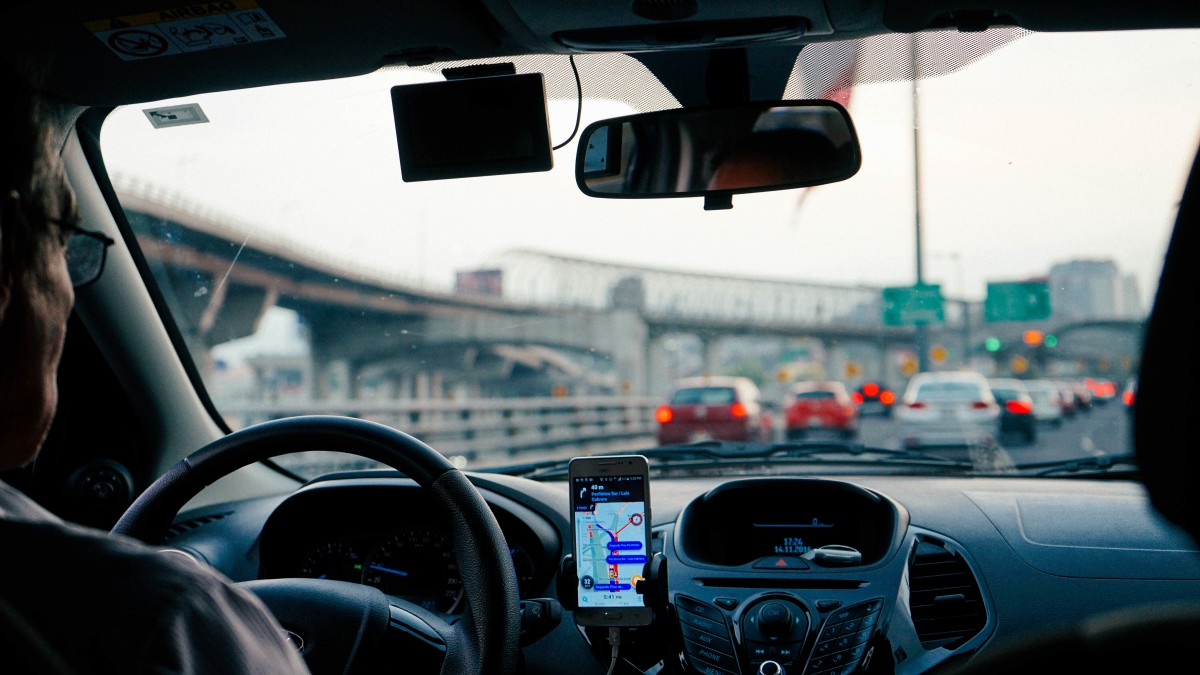 Just picking up my phone

A Reddit user described the chaos an elderly gentleman managed to cause when his phone dropped on the floor of his van and simply picked it back up.

“…an old man driving a van dropped his cell phone. He reached down to pick it up, you know, no big deal, and when he looked back up, he had already ploughed into oncoming traffic and hit 5 different cars including mine. He was doing like 65 as were we, and the first car he hit so hard he shoved their engine into the cabin and killed the occupants. The 2nd car he side swiped so hard he caved in the driver side door and the driver of that car had a seriously horrifically bad laceration to his head which was bleeding like a waterfall. The 3rd car he knocked off the side of the road because they were closest to the edge of the bridge. Those occupants suffered the wrath of a fireball in their car and 3rd degree burns. The 4th car wheel caved in and rolled a few times after hitting a 2nd party. And then came my car. I saw it happening in slow motion, hit the brakes and tried to get out of the way as I see this van come swinging around, but there was nowhere to go. Chaos had broken out and everyone with a brain was trying to get out of the way. He slammed into the passenger side, sideswiped it, doing about 40 at the time. Now my car is solid steel as it's an older boat car. I lucked out and just was jolted and had deep scratches in my doors.
And I was just about to move up moments before to where the first car that was hit was at. Point being, everyone else on the road is a psychopath and trying to kill you.”

Now obviously the people involved in that incident couldn't have done anything differently, except for the man described by the user posting the message. Was it really necessary the he picked up his phone right then? Most likely he was acting on instinct like you would when you drop your phone, or other valuable possession when not at the wheel of a vehicle. But had he left the phone on the floor and picked it up when stationary in a safe place to do so, all that chaos could have been avoided.

So next time you're at the wheel, don't worry about what snacks you're going to take to Steve's party. Instead, think about whether there is enough distance between you and that car in front and whether the van approaching the junction ahead is slowing down to stop or whether you need to take evasive action because the driver isn't thinking about driving right now.

Have you got any other rules that you follow? Why not share them in the comments below and check out our other articles.